The Kick-Butt, Easy Guide to the Polish Alphabet

Polish people are proud of their language. Why? It’s one of the toughest languages out there. English speakers will find a whole range of new sounds. But, as always, the first step is to learn the alphabet. So, let’s learn the Polish Alphabet. Take this lesson and….

✅ Hey, if you REALLY want to learn & speak Polish with a complete learning program, (500+ audio/video courses, apps, study tools and more) Sign up at PolishPod101 (click here) and start learning! I recommend ’em as a teacher & learner.

Part 1: So, What’s the Deal with the Polish Alphabet?

The Poles adopted the Latin alphabet in the 12th century. But, it was not really built for Polish sounds. What did they do? In the Middle Ages, they adjusted it with new, fun rules and squiggly lines. As a result, the Polish alphabet ended up with 32 letters (23 consonants and 9 vowels) in it – traditionally listed in the order from “A” to “Ż”. Take a look below: 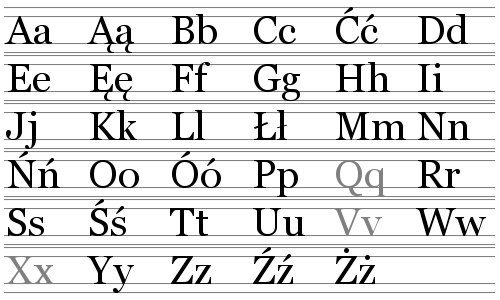 The good news is, you DON’T have to learn how to write the Polish alphabet. If you can read these words I write, you’re good.

What about the Polish sounds and pronunciation?

What does it sound like? Just play the video below:

So… what’s different? What are the special Polish alphabet rules? Let’s get into it.

Part 2.1 How’s it different from English? The Diacritics – Or Little Signs

First of all, the Polish alphabet includes some letters with diacritics. What are diacritics? These little signs and squiggles as you’ll see below. Look…

Part 2.2 How’s it different from English? The Pronunciation

To say “ą”, round your lips and say “ow” (like wow), after that, just touch the lower teeth with your tongue andsay “n”. Now, lets get into the rules that depend on the consonants that come after ą.

Part 2.3 How’s it different from English? Digraphs and Trigraphs

There are a lot of digraphs (combination of 2 letters) and one trigraphs(combination of 3 letters) in the Polish alphabet. There’s only one way to remember them – you have to learn them by heart.

Digraphs: There are 7 digraphs in Polish language:

It’s very important to understand how to pronounce them.

Trigraphs: There is only one trigraph “dzi” in Polish language.

Part 2.4 How’s it different from English? Other Notes

Here are some other differences:

Part 3: Similarities That You Will Easily Understand
These are letters, which sounds the same like in English:

The Polish alphabet is considered a tough alphabet. But, it’s not terrible. Just memorize the Digraphs and Trigraphs. Review the pronunciations of the “unique” letters and that’s it. There is no difference between Polish and English cursive, so you don`t have to learn how to write.

P.S. I recommend this for Polish learners: If you REALLY want to learn Polish with a complete learning program – 600+ audio/video lessons by Polish teachers – Sign up for free at PolishPod101and start learning! 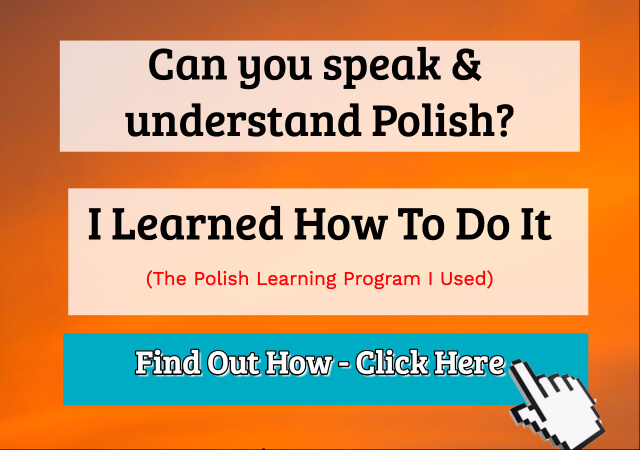 Ł should be w in will or w in want