Today you learn how to say hello in Czech and common Czech greetings. This beautiful language is not much different from other Slavic languages. So, are you ready? Take this lesson and…

While you read this, listen to this free audio lesson for extra Czech learning, thanks to CzechClass101.com (online Czech learning program). It’s a lesson on Czech greetings. Just press the play button on the player below.

10 Ways to Say Hello in Czech

{Ahoj} is the most common way to say hello in Czech. The word is very similar to English “Hello” or “Hi”. Young people, friends and family members use it on each other. It’s very casual. We really like this word because it is very easy to use; namely, it’s very easy to pronounce. From a phonetic point of view, this is a gift to any learner because you can say Ahoj without worrying about “pronunciation.” 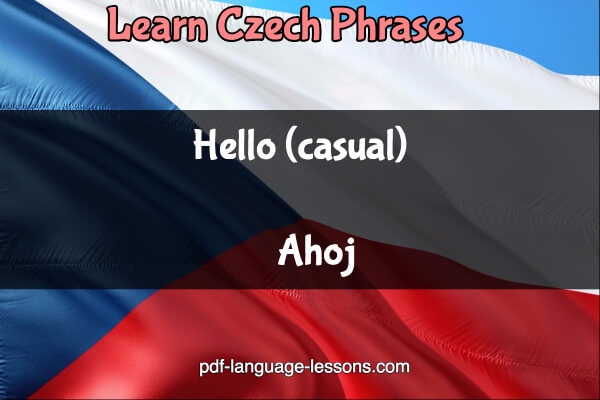 Zdravím and Dobrý den are the best formal ways to greet someone in Czech. You can say [Dobrý den] to any person you wish. Keep in mind, these are formal greetings. So, don’t say Zdravím or Dobrý den a friend, you should better say Ahoj. 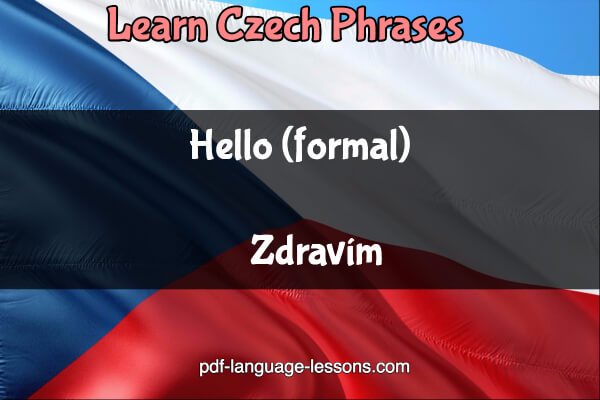 When you see a person for the first time, it’s good to say “Dobrý den”. In most cases, people greet each other saying Good day – Dobrý den, but you can also use the word Vítam. 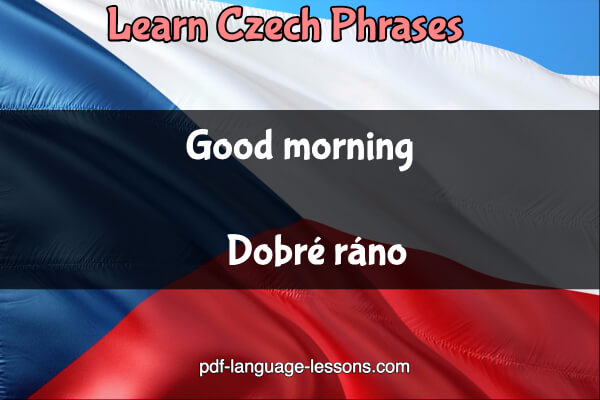 Pay attention to the transcription. In the Czech language, it is necessary to emphasize stressed vowels. In Dobré ráno, there are two stressed vowels {e} and {a}.

As you learned earlier, Dobrý den means “Good day” or “Good afternoon.” This another most common way to say hello in Czech. This phrase is also used in formal occasions; on TV, radio, business meetings and so on. 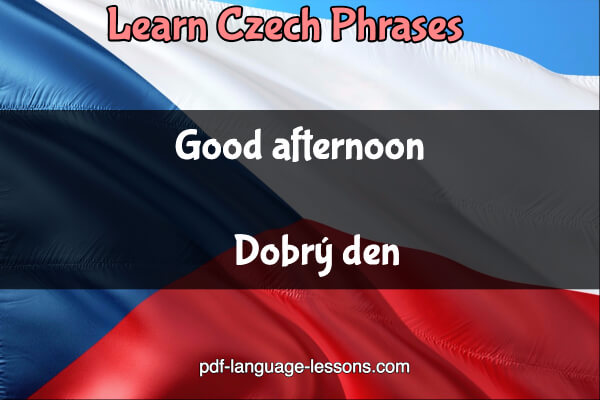 Dobrý den is used more often than Dobré odpoledne, but this does not mean that people do not use Dobré odpoledne as a greeting. There are a lot of different greetings in Czech, so people say hello in any way convenient for them.

You’re right, this is not a literal way to say hello in Czech.

But, it’s still a greeting, right? So, it counts.

Say it when you see somebody in the evening, from 6 p.m until the night. It’s a kind of a formal greeting which young people (friends) don’t use often, but it’s also a great word to say at night. This word is used in almost every evening television program. 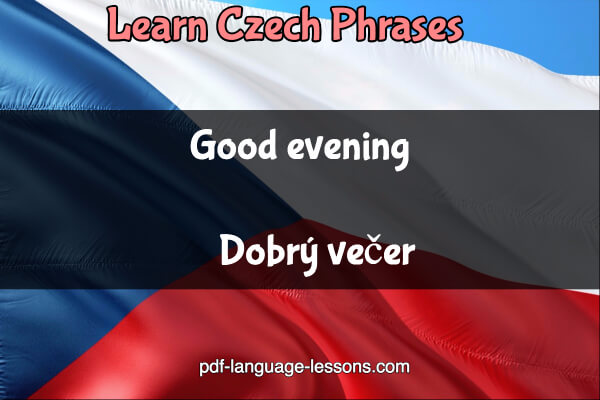 [Dobranoc] means “Good Night”. Remember, when saying “Dobranoc,” you are not greeting a person. Say it to somebody who is going to sleep! If you want to greet a person at night say “Dobrý večer.” 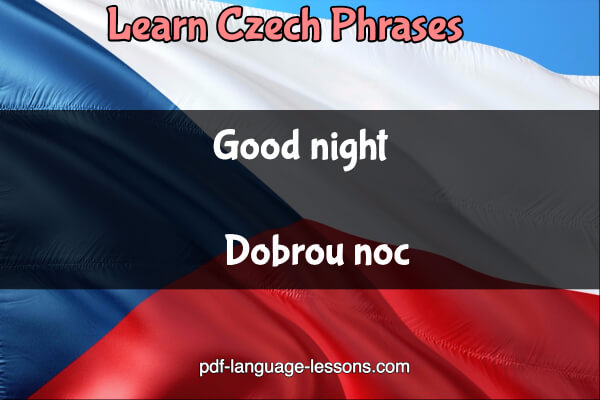 Srdečně vítám is a great formal greeting. You can translate it as “I warmly welcome.” On holidays and other official festivities, the presenter/announcer usually begins with “Srdečně vítám.” You can also use this phrase to introduce a group of people. 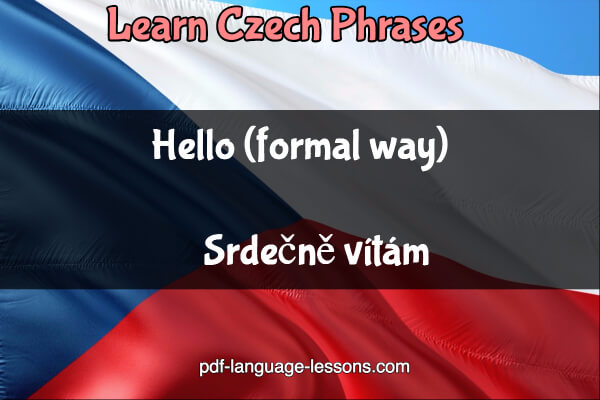 Also, for example, if a guest comes to you, this is a great phrase to say. Czech people like to show their love and warm attitude this way.

You can only use this to say hello in Czech on the phone. 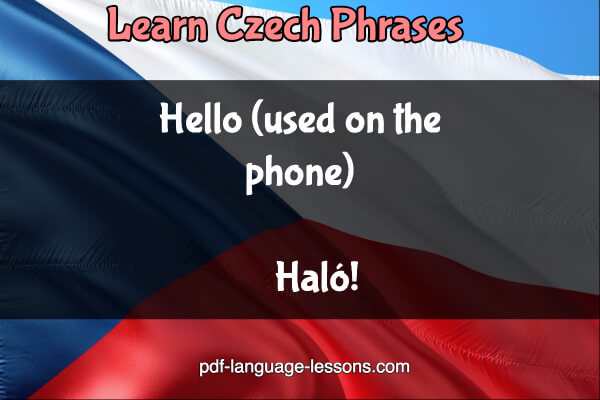 The main advantage of Czech slang (as well as the slang of any other language) is that all of these words and expressions are very simple in pronunciation. 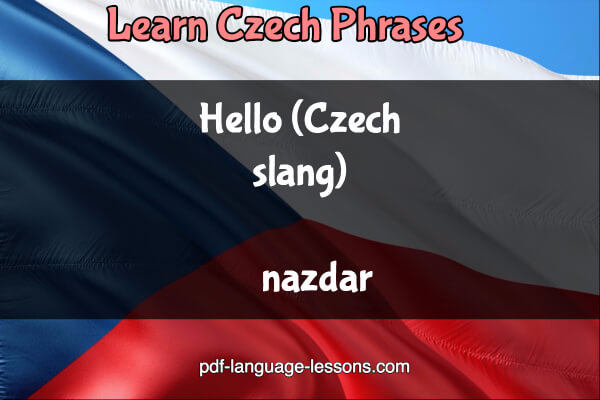 All these slang words have no exact translation. But yes, all these words are ways to say hello in Czech. Nazdar is the most popular slang way of greeting. Young people use it all the time, especially guys. If you see your close friend,you can say [Servus].

Yes, most of these words are English. But, they’re well-known for people all around the world, and, honestly, Czech teenagers like to use them. So, if you forget all the ways to say hello in Czech, you can use the English greetings too.

That’s it! Now you know how to say Hello in Czech.

Knowing these phrases, you can definitely say hello to any person you meet in the Czech Republic. Good luck!

P.S. I recommend this for Czech learners. If you want to learn Czech with a complete learning program – 600+ audio/video lessons by real teachers – just sign up for free at CzechClass101 and start learning.